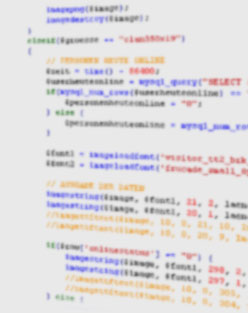 I have changed many things and added new features to TSViewer.com in the past but missed to inform about that changes. Its time for a big news to clean up with that. Some things are from the last days and some are older. Enjoy! 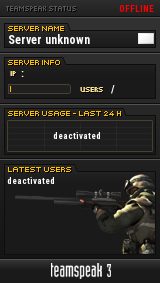 HERE is for example the User History for PlanetTeamSpeak.com TeamSpeak server.

Example for a Server Activity Graph

Available from every TSViewer Live Monitor like this here.

Lord of the Rings Online

I have made most pages at TSViewer.com WC3 valid (XHTML 1.0 Transitional). That makes the site rendering faster. I have also rebuilt the portal in CSS (Cascading Style Sheets) instead of tables. That save traffic and makes site rendering faster. I want to rebuilt other areas at TSViewer.com also in CSS but that is not high priority on my ToDo-list. ZIP compression is now also enabled at my webserver. That makes the server to sent most data compressed. The browser decompress that data then and displays it as usually. So you have less data to receive, that results also in faster site rendering.

The developement on TSViewer.com still continues, slowly but surely. Hope you like the changes and additions. Especially the vertical Server Banners changes.