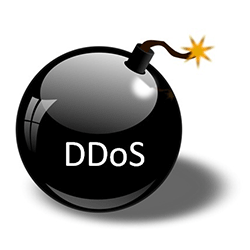 TSViewer.com was offline sunday and monday because of an DDoS attack but is now online again.

After a few weeks of peace it continued yesterday at lunchtime with a DDoS attack at TSViewer.com. My server host has been forced to take down the server from the Internet which is running TSViewer.com.

As of recently the server is connected back to the Internet and started his work to scan TeamSpeak servers, to generate graphs, to display TSViewer trees und to deliver server and user banners.

The whole thing with the DDoS attacks is annoying for me and ive made the decision to switch the server host to one which is offering a DDoS protection. The affordable solution is OVH and its sub-companies.

They protect their whole network from DDoS attacks with a packet filter. I find particularly interesting a sub-company of OVH, namely SoYouStart

They have servers with SSD´s, strong Xeon processors, much RAM and the important DDoS protection. The prices are very cheap in my opinion. That means in the next time there will be propably a move of the project to a new host. The IP of TSViewer.com would change in this case and it would be needed to change it accordingly in the whitelist of your TeamSpeak 3 servers.

I will keep you informed as soon it happens.

In the meantime i continue my work on improving the codebase of TSViewer.com and bringing you important functionality you have asked for (TS 3 channel spacer, TS3 channel and group icons).

My thanks go to everybody who have replied to my last newsletter about the last DDoS attack and have sent me ideas, improvement suggestions, wishes and offers!